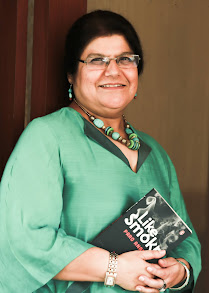 Fatima heard his words. She bit down on her tongue to stop the retaliation that was in her throat. The hurt turned to acid in her stomach.

She began her run for the third time, this time without the mental preparation, without the ritual. As she released the spear, a muscle jarred through her shoulder like an electric shock. She didn’t need to look to know that the throw was no good. No comforting Tchak accompanied the landing of the javelin into the ground. It was a flat throw.

The same boy sniggered as she passed him. And, almost against her will, she lost control. Balling her hand into a fist, she flung a punch at him. He was down on the ground in an instant. The teacher was beside her, taking hold of her shoulders, pushing her gently, firmly away.
“No, Fatima, that’s enough now. Stop it. I said, stop it!”
“I’m sick of it,” the girl hissed with so much venom that Mrs. Whitbread was taken aback.

“Get him to the nurse’s room, inform his house warden.” The teacher instructed some of the other students as she held onto Fatima. The boy was not badly hurt, just winded, really.

“Hush now, shh, quiet, quiet…” soothed the teacher, hurrying Fatima away now. Fatima’s face was flushed, her eyes blazing with rage. The heat of her anger emanated from her as she allowed herself to be led away.

But as they approached the empty common room, the girl baulked.
“No! Don’t bring me here to sweet talk me. I’m not interested. I don’t need your lip sympathy or moral lectures on being a good girl. I don’t need any confidantes, okay? Just leave me alone. I don’t need anyone. Anything! Ever!”

She struggled to be free, but the teacher still held her with strong hands. “I’m not here to sweet talk anybody. I don’t give out sympathy for free either. But I do think we ought to talk.” Her voice was firm, no nonsense. Fatima was forced to listen as she continued, “Look, Fatima, you’re too good at javelin; I can see it in just one morning. You’re too good to just throw it all away because someone made some stupid, irrelevant remark.” She saw she had the girl’s attention. She let go of her shoulders.
“Now, I’m going into the common room and I’ll wait five minutes. If you think we can talk like sensible human beings, you can come right in. If not…” she shrugged, leaving her sentence hanging in mid-air.

She went into the empty room and shut the door behind her. Here she closed her eyes and ran a hand over her face. She was surprised to find that her head hurt. She wanted so much to be able to open the door to this child’s mind and let some fresh air in. She had so much promise, but was also ever ready to press the self-destruct button in panic. Was there something that she, as a teacher, an older woman, a mother, could do?